Trump's India Visit- Attempt To Lure Diaspora In US? 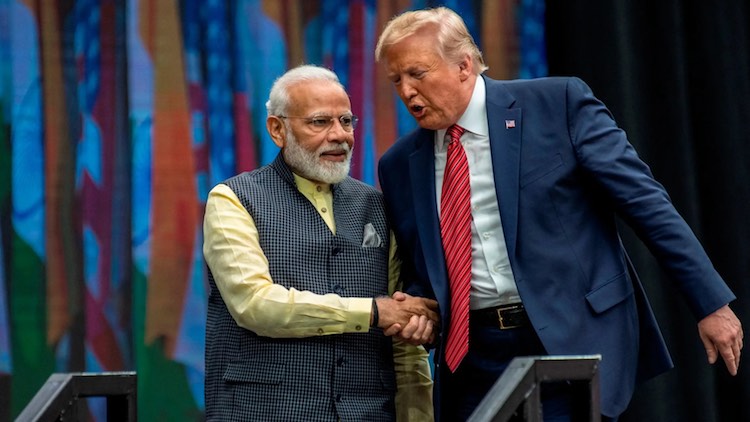 U.S. President Donald Trump will arrive in India for a state visit on February 24 and 25. The year 2020 is an election year when Trump will ask American voters to elect him for a second term.  In this context, his India tour is being seen as connected to the U.S. presidential election, since Trump will start his visit from Gujarat, where a ‘Kemcho-Trump’ programme will be organised, and from where a large number of people have settled in the U.S. Also Read: LPG Cylinder Prices Hiked Sharply Across Metros

Several people believe that the objective of holding a ‘Howdy-Modi’-type programme in Gujarat is to win over Indian immigrants during the U.S. presidential election. According to a report by South Asian Americans Leading Together (SAALT), an organisation that works with people from South Asian nations, the number of American-Indians increased between 2010 and 2017 from 29,18,807 to 40,94,539, which is a rise of 40.3% in seven years. The report also says that out of these, around 15,58,594 people - the ‘Indian Vote’- possess the right to vote, which is the largest group among migrants from South Asian countries. The report also shows how Indians are more affluent compared to people from other nations. According to the American Community Survey 2017, the largest number of Indians have settled in California, at 7.3 lakhs. After that, there are 3.7 lakh Indians in New York, 3.7 lakh in New Jersey, 3.5 lakh in Texas, 2.3 lakh in Illinois and 1.5 lakh in Florida.  The number of Indian immigrants in 18 out of 50 U.S. states is higher than the number of immigrants from other nations. In terms of percentage, the highest number of Indians are in New Jersey at 4.1%, in Rhode Island at 3.36%, in New York at 1.88%, in Illinois at 1.81%, in California at 1.8% and in Delaware at 1.61%. The population of Indian immigrants is more than 1% in 16 out of 50 U.S. states. According to data from the American Census, the number of people hailing from the state of Gujarat is 20% of the total population of American-Indians. It is evident that on his India visit, President Trump will try to win over Indian immigrants and take advantage of that during U.S. presidential elections, an endeavour in which the government of India is extending all possible help to him.

#USPresident @realDonaldTrump's two-day visit to India from Feb 24-25 in #Ahemdabad is being perceived by many as a move to lure the diaspora living in the US ahead of the Presidential election 2020@RaGa_reports #PresidentialElection #USElections2020 pic.twitter.com/Q2H59yTont

By GoNews Desk 13 seconds ago