UP Tourism Bears The Brunt Of Anti-CAA Protests 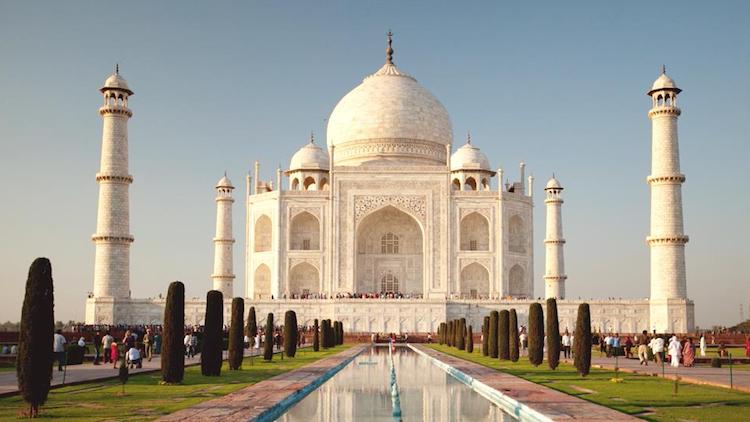 The negative impact of the nationwide protests against the Citizenship Amendment Act (CAA) is being felt on the tourism sector, which has been hit hard by the agitation. After Assam, now tourists are cancelling their plans to visit Uttar Pradesh (UP). According to the latest figures, in just two weeks in December, more than 2 lakh domestic and foreign tourists have abandoned their plans to see the Taj Mahal. Also Read: First China-Built Tesla Electric Cars Roll Out Of Shanghai Plant

Counted among popular tourist spots in the world, the Taj Mahal is located in UP’s Agra, where the situation had become tense after violence erupted on December 19. The state government then imposed restrictions on the internet there, which had a direct effect on domestic and foreign tourists. Sandeep Arora, president, Agra Tourism Development Foundation, said that there has been a decline of 50-60% in tourism in Agra due to the internet being shut down. According to organisations connected with tourism in Agra, compared to last December, there has been a 60% decline in the number of tourists in December this year. Amid the economic sluggishness, business has almost come to a standstill because of the sudden cancellation of visits by tourists. In light of the anti-Citizenship Amendment Act (CAA) protests and violence, America, Britain, Russia, Israel, Singapore, Canada and Taiwan have already issued travel advisories for their citizens. According to the Assam Tourism Development Corporation, the number of foreign tourists visiting the state has declined by 90% due to the travel advisories and anti-CAA protests. The complete picture of the economic impact of the anti-CAA protests is yet to emerge.

UP #tourism takes a hit amid ongoing anti-CAA protests in the state & across India. In the two weeks of December, more than two lakh domestic and foreign tourists have canceled their trip to the #TajMahal@ShahnawazMalik_ #Tourism #CAAProtest #CAA_NRC_NPR #AntiCAAProtests pic.twitter.com/cKaX2OPZz3