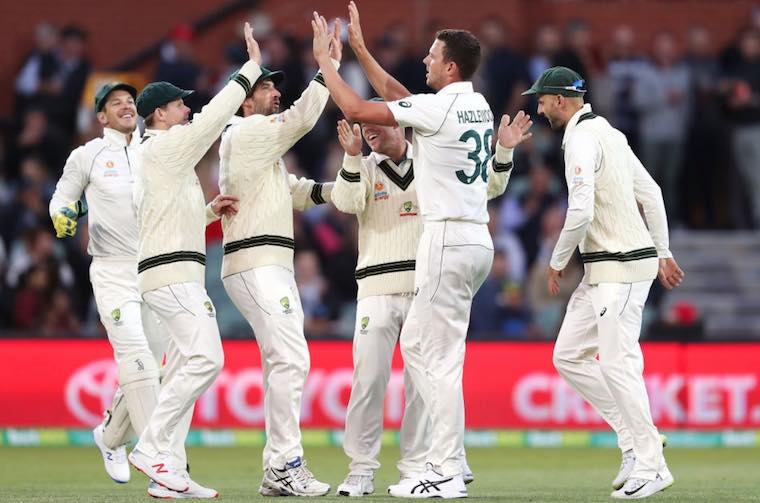 Adelaide Test - Off-spinner Nathan Lyon grabbed a five-wicket haul as Australia defeated Pakistan by an innings and 48 runs in the day-night second Test of the two-match series at the Adelaide Oval on Monday. With this win, the Aussies clinched the two-match series 2-0.

Pakistan were bowled out for 239 in their second innings.  Shan Masood and Asad Shafiq contributed with 68 and 57 respectively while Mohammad Rizwan made a useful 45. However, their efforts couldn't help their team from an innings defeat.

Lyon starred with the ball in the second innings as he returned with figures of 5/69 while Josh Hazlewood and Mitchell Starc scalped three and one wicket respectively.

Opener David Warner, who scored a record-breaking 335*, was adjudged the Player of the Match as well as Player of the Series as well for his 489 runs in the two innings he played in the series.