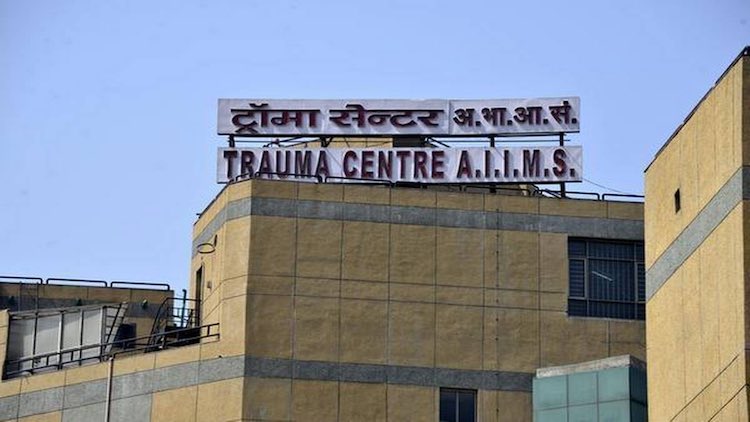 A 37-year-old journalist undergoing treatment at Delhi AIIMS killed self by jumping off the fourth floor of the hospital on Monday. Over the last two days, two similar cases were reported in UP’s Rampur and Telangana's Hyderabad each.
Also Read:
Meerut Hospital Sealed, Licence Revoked For Providing Fake COVID-19 Negative Report

According to Devendra Arya, DCP (Southwest Delhi), a patient infected with coronavirus jumped off the fourth floor of AIIMS Trauma Centre and was seriously injured. The patient was rushed to the ICU where the doctors tried to revive him, but he succumbed.

The COVID19 positive patient who jumped off the 4th floor of AIIMS Trauma Centre is critical and is admitted in ICU: DCP (Southwest) Devender Arya https://t.co/UzByEfdYLt

However, the reason behind the suicide is not yet known. The Delhi Police is now investigating the matter. This is not the first such case. In the past as well, COVID-19 patients have tried to commit suicide in AIIMS. Earlier, a 34-year-old man died after jumping into Hussain Sagar Lake in Hyderabad. According to the police, he was being treated in a private clinic. During this, when he developed the virus symptoms, he was referred to a private hospital but was denied admission due to lack of bed. Later, after facing trouble breathing, he asked his friends to take him to Tank Bund where he jumped into the water and died.

He visited a private hospital but was denied admission due to lack of bed.On July 3, he was facing breathing problem so he asked his friend to take him to Tank Bund. As they reached there,the victim walked a few metres&jumped into water.His body was recovered today:Police (5/7) https://t.co/EBLpCcRZAs

Earlier on Sunday, a man had allegedly jumped from the third floor of the Quarantine Centre in UP’s Rampur district. He was then admitted to the hospital, where he died during the treatment. Chief Medical Officer Dr Subodh Kumar said that the probe is on whether the person either fell down or jumped off the building.

Rampur: A man died at a hospital y'day where he was admitted after he allegedly jumped off a three-storied quanratine center. Chief Medical Officer says, "He was addicted to alcohol. He turned irritable&moved around restlessly. It'll be investigated if he fell down or jumped off" pic.twitter.com/fwkdqcHWD5